Those Zany Screwball Comedies of the 1960s 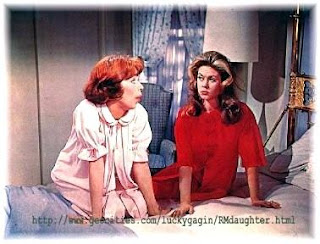 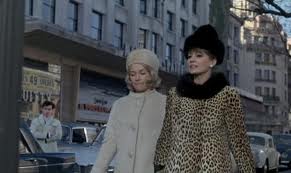 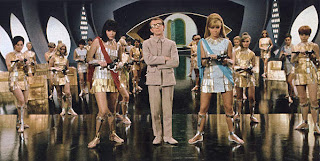 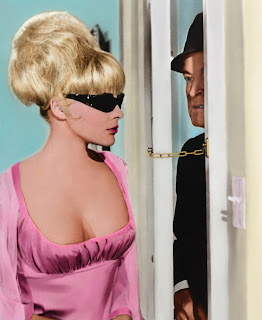 Growing up in the 1960s, for my family was a era of television.  Saturday mornings were dedicated to cartoons and the evenings were usually spent watching family sitcoms and those "zany screwball comedies" which often didn't require your full attention because they all had the same slapstick, simple plots, and a host of Hollywood's comedic actors.  You will always find Dean Martin and Frank Sinatra hiding other mens' wives in bedrooms, Doris Day running from Rock Hudson because her virtue is at stake, Elke Summers taking a bubble bath and Ann Margaret dancing for no apparent reason.
Very often these movies blended the same lame plots which positioned television not so much as something that required viewing as much as background noise while playing gin rummy or Monopoly, petting the dog or doing your homework.
The classics have sustained time because they were well written, directed and probably adapted from a Broadway play or novel - like the great films of Billy Wilder, Joseph Mankiewicz and Hitchcock - these films roped you in and got your undivided attention, even as kids, when the dialogue was more intelligent and the subject matter less, "adult."  But with the "Swinging Sixties" the movies seem to dummy down the dialogue and  pushed the envelope on the subject matter making it sexier and screwball.  And who can forget the beach movies with Frankie Avalon and Annette Funicello - which I cannot recall a single plot, just a string of scenes of teenagers doing the twist on the beach.
I remember when the technology of VHS and video stores became mainstream I was addicted to spending nights researching foreign and classic films that  I either haven't seen in decades- or ever- and thinking how fortunate to live in a era when you can go to a video store and for a few dollars rent a movie and watch it in the privacy of your own home.  And in time I seemed to absorb every film made by Lina Wertmuller, Luis Malle, Bertolluci, Cassavettes- even Woody Allen!  But in time it seemed I've seen it all and the only thing left to watch was new releases and more recently- Reality TV.  And while the Housewives of New Jersey and Jersey Shore and.. well anything New Jersey makes for good TV (I mean we all like to watch a train wreck) I don't share America's infatuation with vampires or forensic science stories).
Recently, I moved into a loft converted from a 110 year old church which although has been modernized for some reason or another I could not get a television cable connection into the family room.  Well, as necessity is the mother of invention, I was forced to install a wireless blue-ray DVD which includes Netflix and the "Instant Que" to retrieve a huge library of movies and television series which we haven't seen in video stores - some of them released for the first time in decades.  While many of them were not the classic family comedies that we've loved for our lifetime and never forgot those quotable lines... most are still enjoyable films that at least make for good background noise while cooking, petting the dog or surfing the ipod.
And in the genre of those screwball 1960s comedies, while the plots may be mundane, the saturated technicolor is mesmerizing, the corny dialogue is a language of it's own and the set design is... well inspirational!   I've always said that much of my inspiration in design came from these 1960s movies and the set decoration in some of these films still enliven my design senses.  All those crazy, zany movies at the press of a button... this may require an intervention! 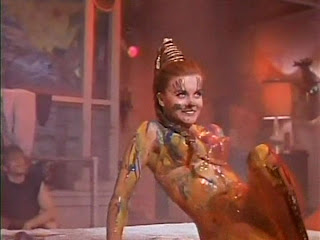 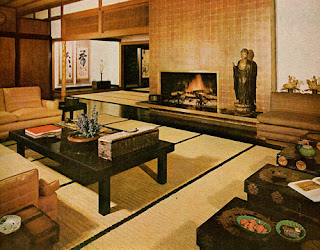 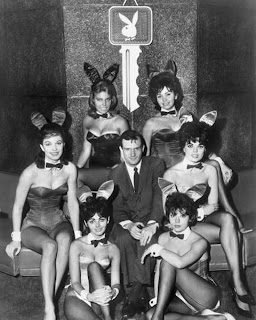 Beating to a different DRUMM 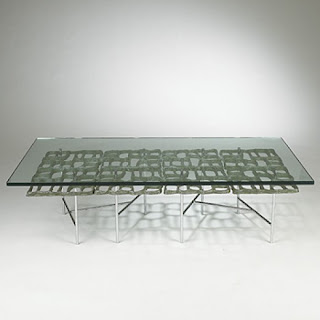 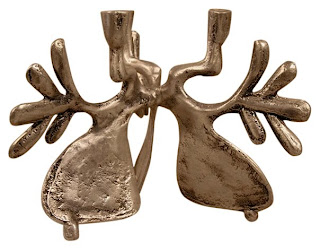 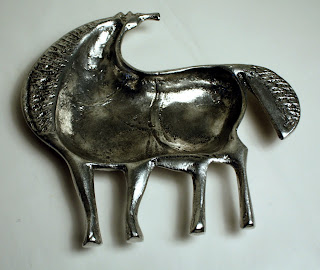 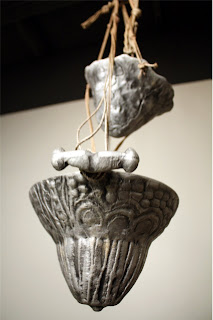 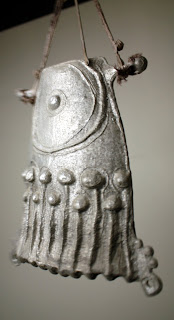 An appropriate follow up to my blog post on brutalism is the works of Don Drumm, one of the great American 20th century artist who has contributed to the brutalist art genre with his whimsical and abstract metal works.
Drumm opened his gallery in Akron, Ohio in 1971 in a renovated residence off the beaten path and has to date followed the same philosophy of renovating residence as homes for his 8 galleries that serve both locals and an online store. Working primarily in pewter and cast aluminum, the Drumm Gallery sells art and gift items including jewelry, art glass, pottery and, most notably the original works of Donald Drumm.
His works are both decorative and functional serving as casserole dishes, bowls, plates, bells, planters and on the higher end of his price points, furniture. Pieces in the gallery can cost as little as $25 and have fetched thousands in auction houses such as Wright in Chicago.
Like many of contemporary artists in metal making that continue their trademark into the next century, the more collectible pieces are typically the abstract productions from the 1970s.
You can peruse the large contemporary collection at dondrummstudios.com or scout for more collectibles on ebay. Modlife has just uncovered several pieces at a recent buying trip including some rare outdoor hanging art objects featured on www.vandm.com and in our Chicago showroom.
Posted by modlife at 2:25 PM No comments: