A Tribute To Geoffrey Baxter 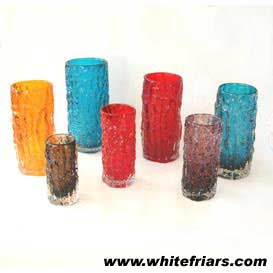 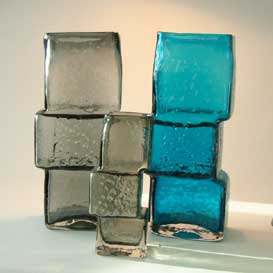 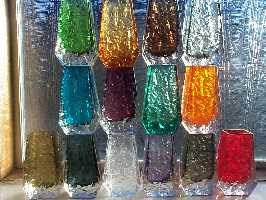 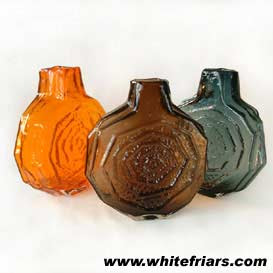 Like most drawn to my profession, before we became dealers we were collectors. My initial interest was in 20th century modern Italian art glass and Scandinavian pottery. For me, there was only Murano manufactured art glass and ceramics by Stig Lindberg or Gufstason that peaked my interest and soaked up my paypal account back in the days of buying impulsively from European dealers on ebay. Naturally, opening a showroom I found it necessary to segue that obsession into more functional objects, however in time I would come across an art glass designer whose amazing work in mid century modern design would force me to look at Britain's contribution to this genre. He is not a famous designer, at least not to the states which makes him a strong candidate for me to blog about.

Geoffrey Baxter was born in 1922 and worked for the leading handmade glass company, Whitefriars owned by the James Powell & Sons family of glass makers. Since 1834, the Powell family developed their glass manufacturing reputation as internationally important as Tiffany and Galle. When Baxter joined the company in 1954, he was the first glass designer hired outside the family to produce, "modern" glass which was monopolized at the time by Scandinavian manufacturers. While Baxter was himself influenced by the clean modern lines of Scandinavian art glass he definitely threw his own spin on his work that would make his designs stand out from that of Scandinavian and Italian modern art glass alike.

Not only was his strong point of view apparent in his designs but also his use of color and, I believe, a sense of humor and pop culture. His textures were produced by deep relief mouldings designed of organic and mimicking shapes of tree bark, musical instruments, tools, technology, and, my favorite; a layer of bricks piled by a drunk! His colors were bold and typically produced in tangerine, kingfisher blue, indigo, pewter, aubergine, cinnamon, willow and the rather rare - lilac.

You can visit the Whitefriars.com website to learn more about Baxter and his glass and the fair value of these pieces. Occasionally you can find them on ebay fetching anywhere from $100 pounds (not very common in the states - typically sold by British dealers) to over $700 pounds each.

This is where I would say "Or you can find them at Modlife for much less" but quite honestly, I sold out of much of them and what I have left I'm not ready to let go of. But I can always acquire them for the serious collector.
Posted by modlife at 10:46 AM 2 comments: